Utilities in Colorado are planning to add a lot more renewable energy over the next few years, for a variety of reasons. I’ve looked at a couple of the trends driving this energy transition such as 100% renewable energy commitments from the utilities’ major customers, including towns and cities like Pueblo and Boulder, and major companies like Aspen Skiing Company, Google, Vail Resorts, IBM, Anheuser-Busch, and New Belgium.

But perhaps the biggest reason that utilities in the region are pursuing more renewable energy is that the low costs of wind and solar energy have continued to fall, opening up a huge market: replacement power for existing coal plants.

Cheap renewable energy has already meant that when utilities needed new power generation in recent years, they have mostly chosen renewable energy. Nationwide, wind and solar power represented about two-thirds of all the new electricity generation capacity that was brought online in both 2015 and 2016, according to the US Energy Information Agency.

But as the costs of building new wind and solar projects have kept dropping, renewable energy is now becoming cheaper even than continuing to run existing coal-fired power plants — as Colorado Governor John Hickenlooper recently noted, “Coal is no longer the low-cost fuel.”​

That’s an important shift, because it means that in some cases, utilities can lower their costs by replacing coal plants with clean energy. So even utilities that don’t need to add new generation capacity can still take advantage of falling renewable energy costs. Here’s how investment bank Lazard described the trend in its latest report on the levelized cost of energy (LCOE):

As LCOE values for alternative energy technologies continue to decline, in some scenarios the full-lifecycle costs of building and operating renewables-based projects have dropped below the operating costs alone of conventional generation technologies such as coal or nuclear. This is expected to lead to ongoing and significant deployment of alternative energy capacity.

This trend is most apparent in regions with the best renewable energy resources — places with lots of sunshine or strong and regular winds. As it turns out, Colorado and New Mexico have both excellent solar and wind power resources. Each state is among the 15 states with the best wind resources, which arecent Moody’s Investors Service report determined are best positioned to lower electricity rates by replacing coal plants with wind power:

Declining wind generation cost puts coal plants “at risk”.  Average wind power prices in the Great Plains are now ranging around $20/MWh versus over $30/MWh for just the operating costs of most coal plants. As a result, utilities can displace energy from coal with that from wind while growing rate base. We estimate about 56 GW of coal capacity in the Great Plains has an operating cost higher than $30/MWh and faces lower capacity factors going forward, and potentially early retirement. 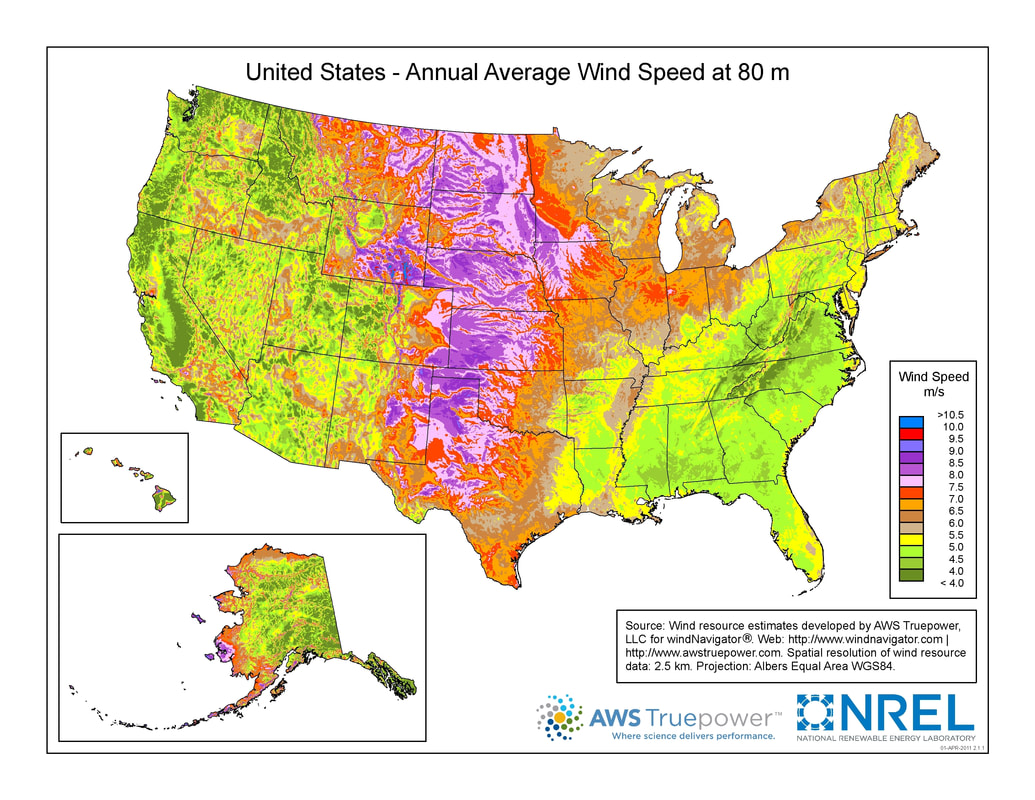 Xcel Energy is beginning to follow that approach, seeking to take advantage of cheap clean energy to close its more expensive coal plants. In August 2017, Xcel Energy proposed its Colorado Energy Plan along with labor unions, major electricity consumers, and environmental groups. The plan would shut down two units at the Comanche coal plant in Pueblo Colorado, and replace the power with a mix of renewable energy and natural gas. Xcel said the plan could lead to $2.5 billion in investments in rural Colorado, and it would only move forward with the plan if there was no additional cost to its customers. To attract the lowest prices, Xcel has been collecting bids for energy projects over the last few months. Last week, Xcel took the next step in this process by submitting a report to the Colorado Public Utilities Commission that showed the median prices for the bids it has received.

Xcel Energy’s report says that the response from energy developers was “unprecedented,” with 430 proposals compared to 55 for the company’s 2013 solicitation. Of those 430 proposals, 350 were for renewable energy projects. The median price for the 75 solar project bids came in at $29.50/MWh, while the median price for the 42 wind energy project bids was just $18.10/MWh. Moreover, project bids that included energy storage along with wind and solar energy only added relatively small amounts to the prices:

View the entire document with DocumentCloud

​Xcel noted that those prices don’t include other costs, such as for connecting the projects to the grid. It’s also worth noting that these are median prices, so some of the project bids are even lower than those figures. We’ll have more information about the proposed renewable energy projects and their prices in a few months, when Xcel files a more detailed report with the Colorado Public Utilities Commission.​

Other utilities in the region are also planning to add renewable energy as a way to reduce costs. Platte River Power Authority is planning to add 150 megawatts of new wind energy, as it studies the costs of moving to a zero net carbon portfolio by closing its coal plants and building new renewable energy generation. The Coloradoan reports that “Platte River was initially considering adding 50 MW of wind but was so impressed by company bids that leaders decided to look at 150 MW, spokesman Steve Roalstad said.”

In some cases, building new wind energy can also lower costs compared to running existing natural gas plants. Black Hills Energy 2016 Electric Resource Plan shows that adding another 60 MW of wind energy would save about $70 million through 2040, because of reduced spending on fossil fuels and operation and maintenance expenses at their existing gas plants:

View the entire document with DocumentCloud

That price is lower than what Otero County Electric pays for power to its supplier, Tri-State Generation and Transmission Association, and will stay fixed for the next 25 years. SoCore Energy is developing the solar project, which is expected to come online in March 2018.

“The Carrizozo solar project allows us to deliver renewable energy to our members while also saving them money,” said Mario Romero, chief executive of Otero County Electric Cooperative. “Since OCEC purchases the energy produced by this project at such a great price, this project will allow all of our 14,000 members to benefit by reducing our overall cost of purchased power.” 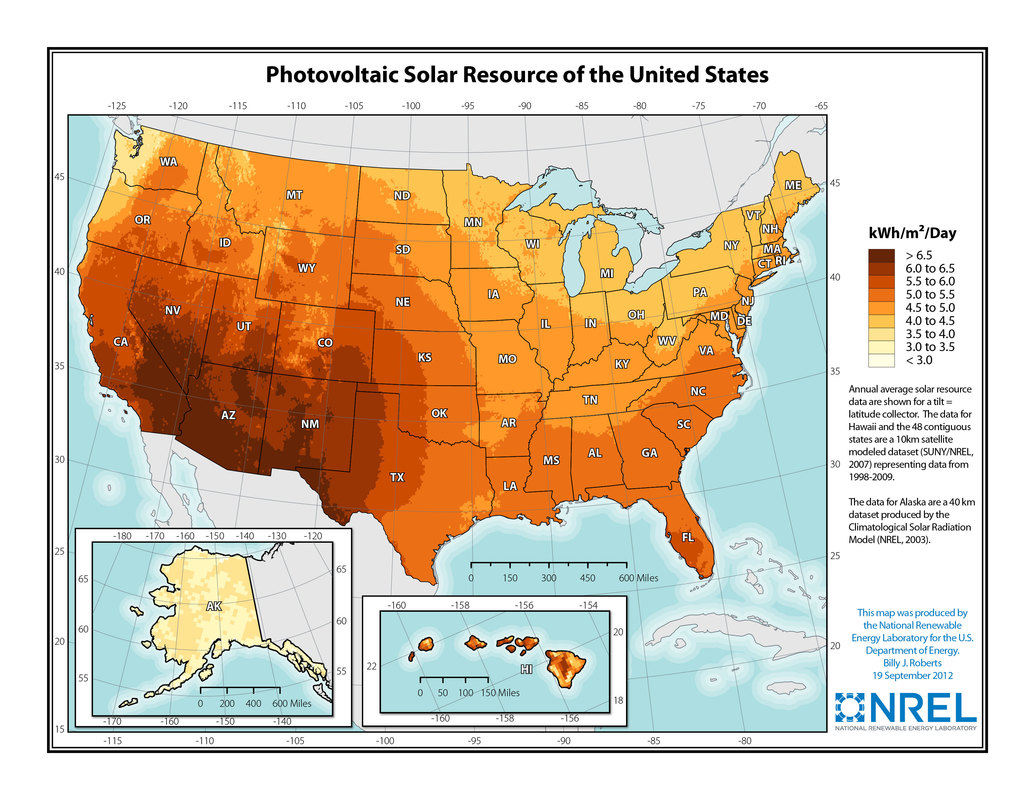 ​While economies of scale mean that the largest renewable energy projects tend to be the cheapest, developers are finding ways to lower costs for smaller projects like the Carrizozo solar array as well. That’s opening up new markets for cheap solar power, as David Roberts notes:
​
Because individual solar cells are so small, it’s possible to scale a PV installation to almost any size or shape. If coal and nuclear plants are giant boulders, PV is like sand, sifting in to fill any crack, available building, structure, or piece of land. It’s possible to put a solar cell in a piece of glass the size of a coaster. It’s also possible to build a 2,400-acre, 290 MW power plant with PV panels (with larger plants to come soon).
Most notably, it’s possible to build at any size in between.
​
Distributed solar projects also provide power close to where it’s needed, which helps avoid additional costs for transmission. That gives solar power another competitive edge against large power plants. 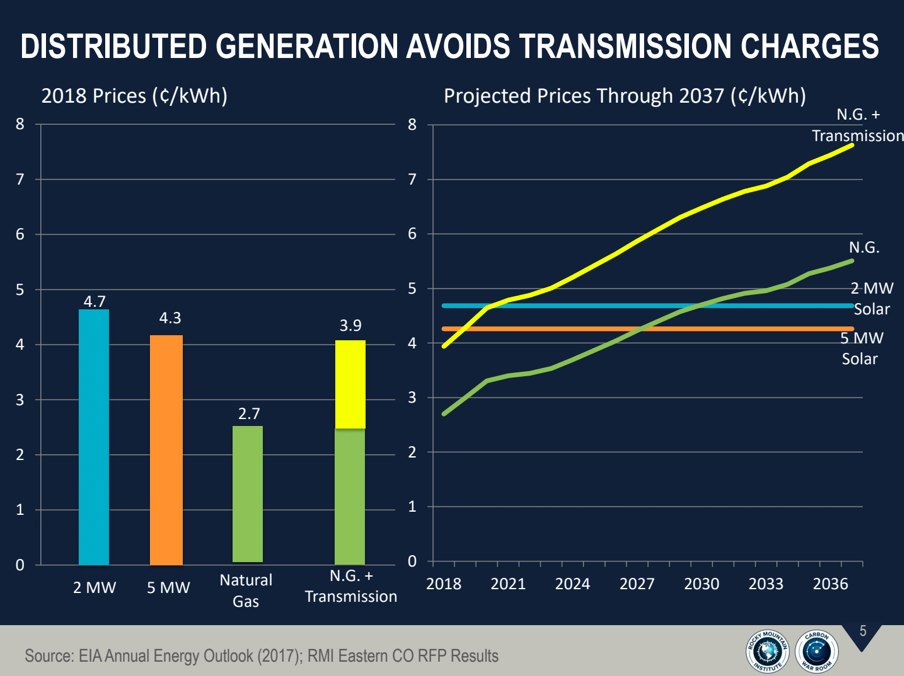 Several other electric cooperatives in Colorado and New Mexico are also pursuing distributed solar projects — although some have been blocked from taking advantage of these opportunities.So cheap renewable energy has major implications for utilities big and small — whether or not those utilities are taking these trends seriously, as Morgan Stanley analysts recently noted:

It may be too soon to call this a win for the planet, but consumers of all stripes, as well as forward-looking utilities and savvy shareholders, stand to reap the rewards of this renewables revolution. Low-cost renewables would reduce consumer power bills, which in turn could fuel more consumer spending and economic growth, and lead to more investment in renewables — or what Morgan Stanley analysts consider to be a “virtuous cycle.”

On the flip side, utilities that don’t capitalize on the affordability of renewables and stick with fossil fuels could experience lower profitability. “We see this trend, which has been evident in the U.S. and Europe, spreading to India, China, and South America — in many cases with much more severe effects than generally appreciated,” Byrd says.

View All ENGIE in the News

ENGIE in the News

Leading the industry in pollinator-friendly planting